If Kensington Palace’s walls could talk, these would be the stories they would tell. A new book published by Historic Royal Palaces – ‘Kensington Palace: Art, Architecture and Society‘ – written by our experts, tells the palace’s story from its foundation to present state, unearthing the depth of its history like never before. In the palace’s 300 years of royal history it has witnessed births, deaths and accessions of the monarchy inside its walls, as well as fires, parties, a parade of animals and guests and residents from the highest to the lowliest. We’ve delved into the book to bring you unlikely snippets from its vast history. 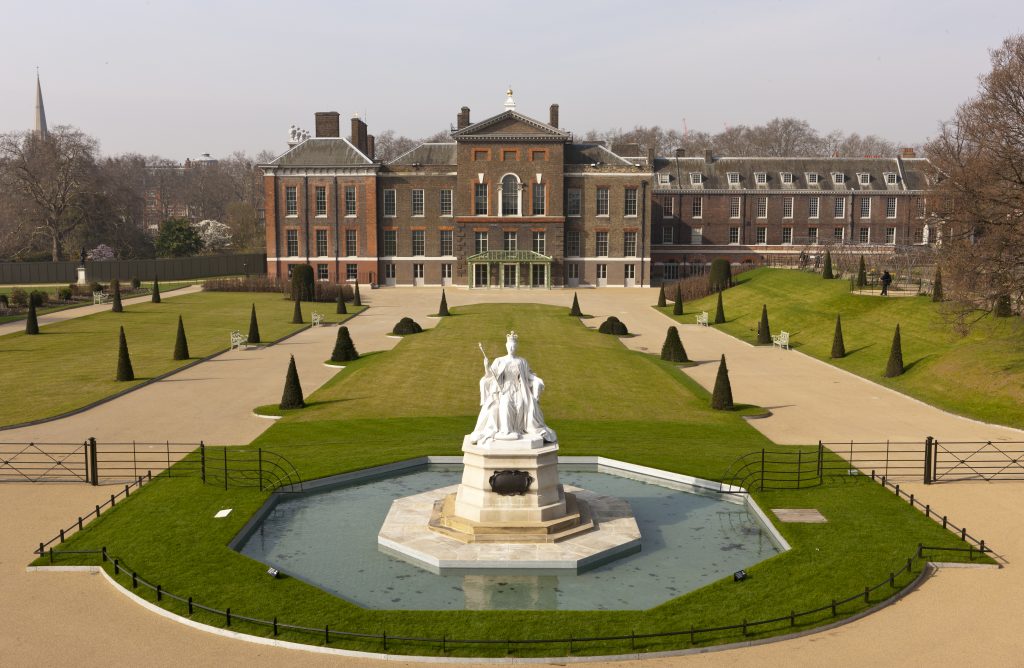 The Jacobean villa  was bought by William III and Mary II in 1689 for the sum of £20,000, and they at once enlisted Christopher Wren to enlarge the property. By March 1691 the building was almost complete, but a few months later in November of that year, it nearly all went wrong. Curator Lee Prosser describes: ‘On the night of Tuesday 10 November 1691 the King and Queen awoke to a noise that sounded like the firing of muskets… the Gentleman of the Bedchamber came in to inform the King that a fire had broken out near the Stone Gallery’ …. ‘While soldiers attempted to extinguish the fire the King ordered the removal of furniture from the royal apartments into the garden, including the Queen’s porcelain and even some Dutch cheeses, which he discovered with bread in a package.’  Thankfully the palace, and the King’s cheeses, were both saved from the flames.

In the Queens apartments in the time of Mary II, very few portraits were put on display, and those that were depicted members of her family. Her portraits of herself and the King were instead placed in the toilet. As Sebastian Edwards writes: “her hanging of miniature portraits of the King and herself in the stool room (water closet) was an extremely intimate or quite possibly self-deprecating use of her own portraiture.’

The courtiers and monarchs were not the only decadent palace residents

In 1691 Hugh Roberts, one of the inferior servants of the kitchen, died at Kensington Palace ‘being overcharged with brandy’. He was buried at St Mary Abbotts Church on Christmas Day. Never outdone by lavish lifestyles, the menu of William and Mary’s first Christmas at the palace in 1689 reveals their own indulges: they feasted on plum broth, chicken, beef sirloin, turkeys, partridge, cocks, snipes, larks, mutton and veal, a calf’s head hashed, brawn, tarts and mince pies.

Keeping the palace up to standards was a cross-palace mission

The silver furniture and lighting in the royal apartments was regularly cleaned by boiling and burnishing. This task that was carried out by the Jewel House at the Tower of London.

The gardens were once home to a tiger, and a snailery

Another similarity to the Tower of London, Kensington Palace gardens were home to a royal menagerie. The elks, horses and deer of the park were joined in 1725 by a tiger and a llama, given to the King by the MP Sir John Eyles. An iron ‘den’ was built for the tiger and a year later it was joined by two more. Nearby there were also two civet cats housed in wooden cages. On a more modest scale, Vanbrugh reported that the King wished for a ‘snailery’ to be constructed. There was also a little pool for the breeding of ‘tortoises’, which were probably turtles. The tigers and civet cats consumed nearly 30 stones of meat each week.

Queen Caroline of Brunswick – estranged from her husband and living alone at Kensington in the early 1800s – resolved to leave England. When asked to reconsider, she expressed her dissatisfaction with Kensington Palace as her home. ‘No, no’, she wrote, ‘I must and will leave dis royal hospital for the decayed and poor royalties, and live in some more cheerful situation…’

When the royals moved out, a Housekeeper kept the party going

After the death of George II, the palace fell out of regular use as a royal residence, but it was kept alive by a Housekeeper called Rachel Lloyd. Deirdre Murphy and Lee Prosser describe her story in chapter 13: ‘In October 1764 Rachel Lloyd, a well-connected spinster, took up residence as the new Housekeeper on a salary of £100 per year. She was, by all accounts, ‘well known in the circles of fashion’, and a good letter-writer to the aristocracy and others with connections at the court of the young George III…. Lloyd took over the apartment originally built in 1690 for Simon de Brienne. Lady Mary Coke thought it ‘mighty pretty’ when she visited in June 1767 – as well she might, for Lloyd had purloined items of royal furniture from the King’s private apartments for her own use, much to the amazement of her aristocratic friends… During the early 1790s, society at Kensington shone again with breakfasts and parties, which Rachel Lloyd hosted in her apartment. Sometimes 300 people would attend, and she mentions preparing 600 cards of invitation for a pair of particularly extravagant occasions in May 1792.’

Victoria’s start in life was surprisingly modern and understated

Queen Victoria’s mother, the Duchess of Kent, breastfed the baby herself. This fact was sufficiently unusual to appear in The Times. The Prince Regent demonstrated the long-held contempt he felt towards his younger brother when he commanded on 21 June that the christening should take place in three days’ time, and that it would be a private event held without splendour, distinguished guests or fanfare. It took place in the Cupola Room and the only grand touch was be the use of the silver-gilt Charles II font, which was brought from the Jewel House in the Tower of London.

The grand King’s Gallery was once a nursery

When the Duke and Duchess of Teck came to live at the palace in the 1860s, ‘the children’s nursery was probably located in the King’s Gallery, then still divided by the partitions previously put up for the Duchess of Kent. Indeed, in what was almost certainly a reference to William Kent’s painted ceiling depicting scenes from Homer’s Odyssey, one of Princess Mary Adelaide’s ladies later wrote, ‘It was quaint and pretty to see the little ones in their cots with allegorical figures hovering above them.’’

From the late eighteenth century the palace was increasingly used as a picture gallery for the royal collection. But it was not until 1899, with a rise in popularity of historic buildings and the monarchy, that the State Apartments were opened to the public. That the palace was preserved is a measure of how important it was still considered to be, and its chief promoter was Queen Victoria herself. After much effort, Kensington, with its smaller companion Kew Palace, became the first of the palaces opened to the general public as historic visitor attractions, an unprecedented act in the history of the monarchy and a herald of change in the twentieth century. In its first year, entry to the palace was free and over 340,000 visitors were welcomed.

In July 1947 the Dowager Marchioness’s grandson Prince Philip became engaged to Princess Elizabeth (later HM Queen Elizabeth II) and, in the months before the wedding, returned to live with his mother and grandmother in their apartment at Kensington, together with his cousin David Mountbatten, 3rd Marquess of Milford Haven. John Dean, who was employed as valet to both of the young men, recalled in his Memoirs, ‘…She (the Dowager Marchioness) was a real Victorian aristocrat, for whom Prince Philip and Lord Milford Haven retained a very real and wholesome respect. To avoid waking her they behaved like school boys, especially late at night when they would clamber over the roof and in through their bedroom windows for fear of waking her.’

The Museum of London began its life at Kensington Palace

In 1911 the State Apartments at Kensington Palace became the first home of the London Museum. ‘When the museum opened to the public on 8 April 1912 it proved an instant hit. There were at least 13,000 visitors on the first day alone, resulting in long, snaking queues at the entrance.’ On 31 May 1975, after twenty-four years, the London Museum closed at Kensington Palace. Although the Museum of London, as it would become, was much larger and more ambitious, the years spent at Kensington were formative and provided an important foundation for its future success.’ Kensington Palace meanwhile continued to admit the public as well as continue as a royal residence, much as it can be found today. 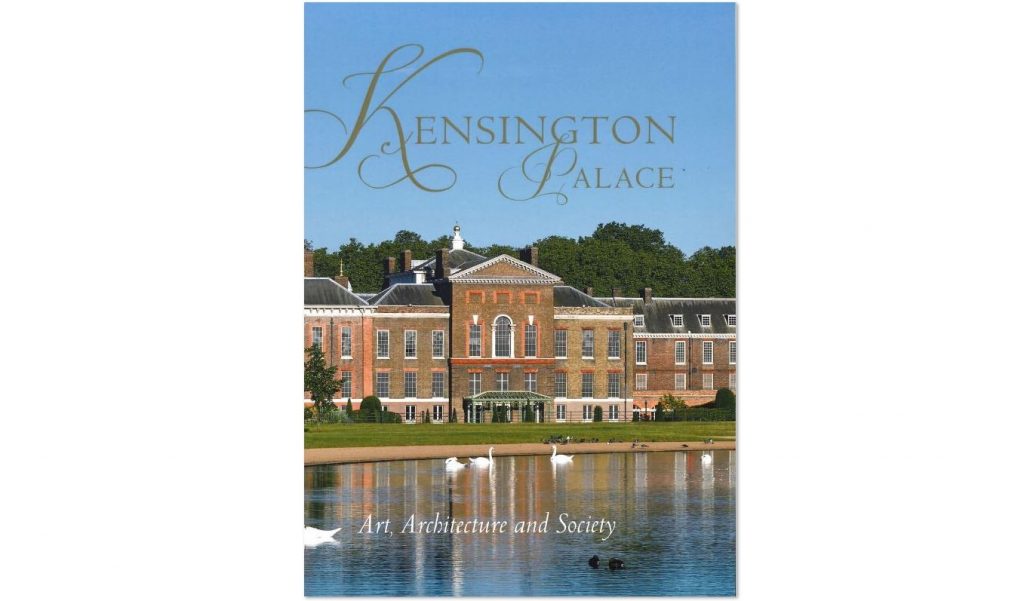