It has been a bad year for Lord Downshire: he has fallen out of favour with the government due to his opposition to the Union of Great Britain and Ireland and has been stripped of his title of Privy Councillor of Ireland to the King, George III. His wife, Mary Sandys, is worried about her husband – he has been humiliated by his political rival and fellow County Down landlord, Viscount Castlereagh of Mount Stewart.  And it’s only three years since Hillsborough Castle, the house started by the first Marquess of Downshire, his father, has been completed and money is a concern.

After all this financial and political turmoil, we are imagining the family retreating to the calm of their Irish home for some traditional festivities and celebrations with their young family, relations and friends.  As well as the Marquess and his wife, the family includes young Blundell, Earl of Hillsborough who will succeed his father and become the third Marquess of Downshire. His brother, Moyses, aged eight, will grow up to be aide de camp to the Duke of Wellington at the Battle of Waterloo and apparently ‘the fattest young man in the British Army’.  The younger children: Charlotte, aged six, Mary, aged four, two-year-old Marcus and baby Augustus, make up the rest of the immediate family.

It’s also possible that Lord Downshire’s eccentric and rather wonderful elder sister Lady Emily Cecil, Marchioness of Salisbury, might have been at Hillsborough for Christmas.  The Salisburys live at Hatfield House, Hertfordshire and their townhouse in London, and the Downshires visit often. Lady Salisbury is known as a keen sportswoman and an important society hostess: the Tory rival to the Duchess of Devonshire. Apparently, she uses robust language and speaks with a loud broad, Irish accent. This and her disdain for etiquette and lack of religious conviction make her quite a scandalous figure.

In keeping with the local tradition, some of the Downshires’ tenants and servants would have been invited to the Big House at this time of year, including Thomas Lane, Agent to the second Marquess, who wrote many letters on the problem of managing the estate and is a valuable source for our celebrations.

So what might the Downshire Hills, their friends and servants have had to look forward to?  Certainly, a lavish dinner table heaving with traditional food and crowned by the huge Twelfth Cake. This forerunner of the more familiar Christmas cake was traditionally served on January 6th as the culmination of the twelve days of Christmas. At Hillsborough Castle, we have found a tantalising description of two huge cakes, big enough to feed 160 guests, made for a sumptuous Twelfth Night Ball in 1828, that were covered in “all the mystical signs of Twelfth Night”.

Olwyn, Hillsborough Castle’s fabulous cook, has already had a trial run at re-creating this forerunner. Using an authentic Georgian recipe, she produced a delicious yeast-leavened, round-topped masterpiece, which tasted like a cross between panettone and Irish brack.  We are now trying to find out how best to decorate it– there are various renditions in illustrations from the period. The Historic Kitchens team from Historic Royal Palaces will be on hand to describe the culinary delights of an authentic Georgian Christmas and visitors will be able to sample the cake and some delicious wassail cup for themselves.

No Christmas celebrations would be complete without music and throughout the Christmas event, award-winning early music ensemble, Sestina, will recreate the atmosphere of Georgian Ireland over the three days, culminating in the opportunity for members of the public to join them and an orchestra of world-class exponents of period instruments for a performance of G.F. Handel’s Messiah. Throughout the Castle, Sestina will present music for voices and instruments, including vocal duets by Handel, sonatas by Scarlatti, Corelli, Handel, Ucellini and the Georgian composer Charles Avison.  With the chance to hear fanfares for natural trumpets by Biber, Pezel and Schmelzer, this will be a wonderful occasion for music lovers too.

Be sure to book your place at our Georgian family Christmas, and spend the season in a royal palace. 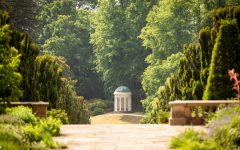