After a lot of hard work this winter by the gardens team at Kensington Palace, the fruits of their labour can now be seen in the wildflower meadow. 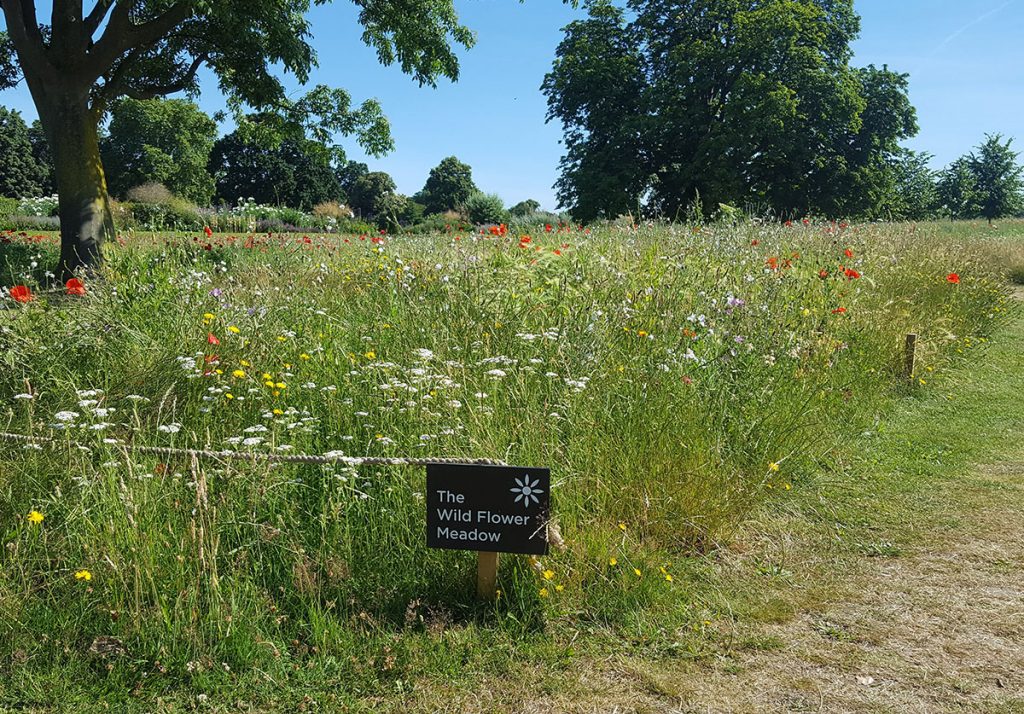 Despite their name, wildflowers are surprisingly difficult to grow. The ground is already growing with a range of wild flora, grasses and weeds and the wildflower seeds struggle to compete. The weeds and grasses often strangle the prettier plants. It’s always better therefore to start from scratch.

Our plans for the meadow started back in September 2018, when the shire horses cut down the long grass. After that, we raked the areas thoroughly, removing all other grasses and seed. The new seed was sown in early April and we added the seeds to a compost which we mixed in and laid it on in March/April. This gave the wildflower seed a head start before the grasses had the chance to take over. We also took the opportunity to introduce a few new paths into the area. The dry period during April and May had us worried for a bit but once the rain finally arrived it, all took off.  Poppies, Campion, daisies, Ragged Robin and many other native wild flowers have come out in abundance to give a lovely natural approach to the palace from the south. 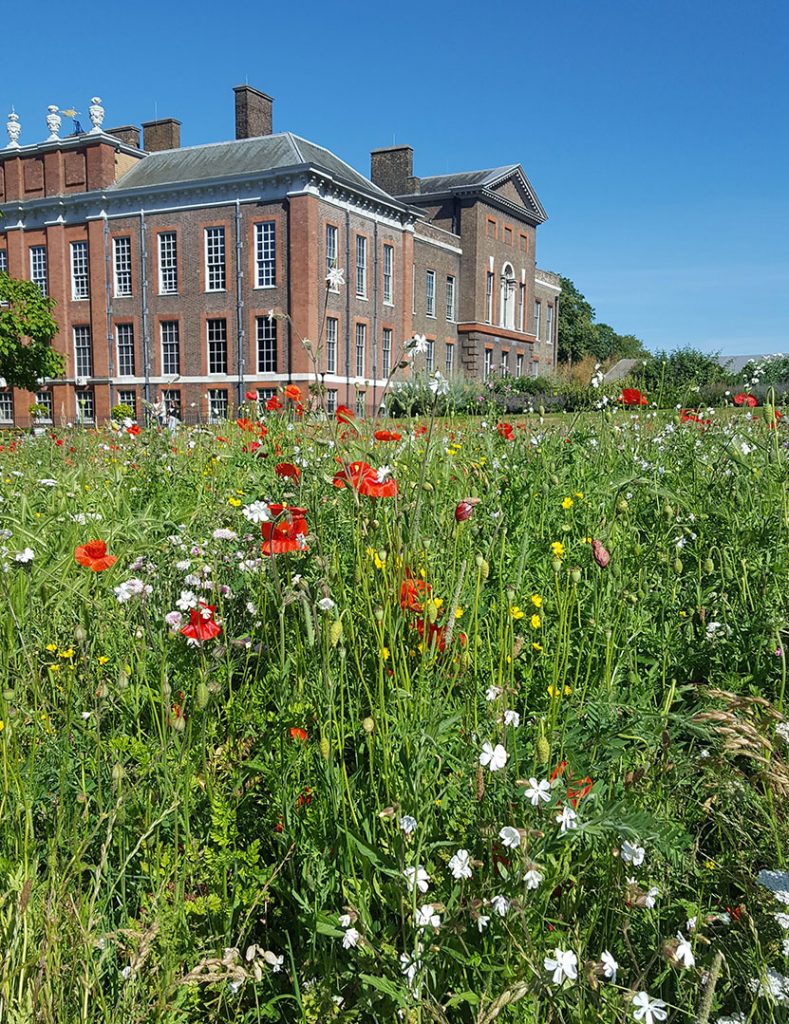 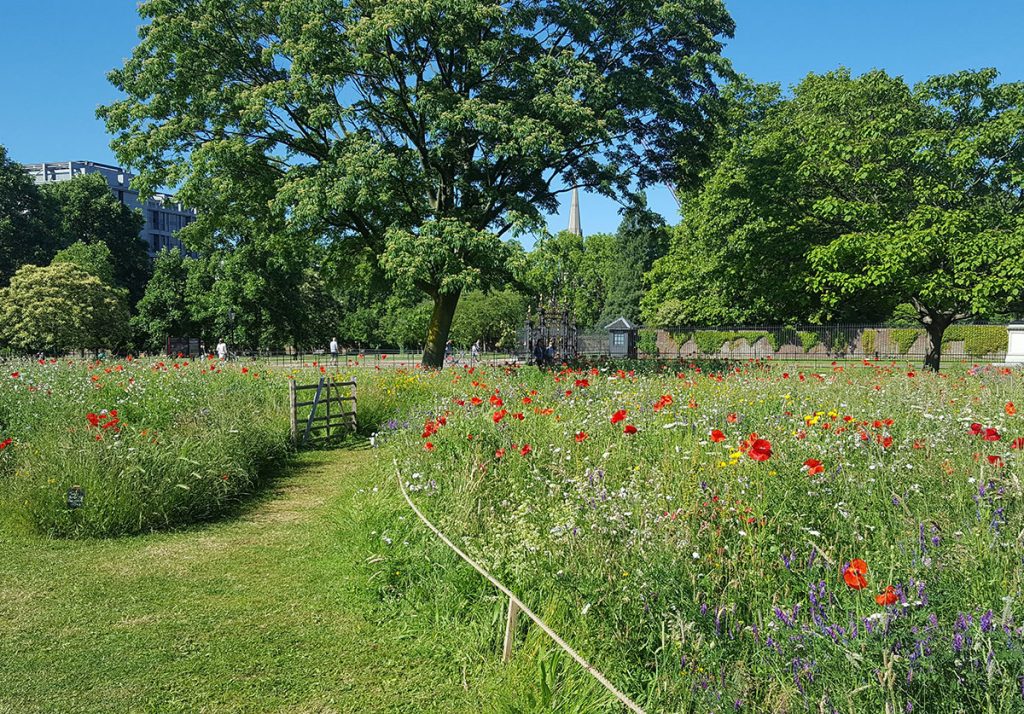 In addition to this fabulous colourful display, the ecological value of the meadow is priceless. These flowers are immensely beneficial to pollinators and other insects who sometimes struggle to find food and shelter in the big city. The bee population in Kensington seems to have doubled overnight (which makes us think having our own hives might be worth considering!)

This biodiversity is incredibly valuable in London these days. Each London borough has plants that would have grown in the area historically – Kensington & Chelsea did have meadows originally and are keen to see plants return that would have been there 200/300 years ago. Kensington Gardens and Hyde Park both try to have areas that are left fallow, and, while there are some wilder spaces, the park areas are under huge pressure to accommodate their visitors.

The meadow at Kensington was part of the overall redevelopment of the garden scheme in 2012. Part of our agreement to take on this area of land was to give something back to nature rather than designing an additional formal garden. Indeed, the meadow makes a beautiful contrast to the manicured spaces surrounding the palace, such as the Sunken Garden. 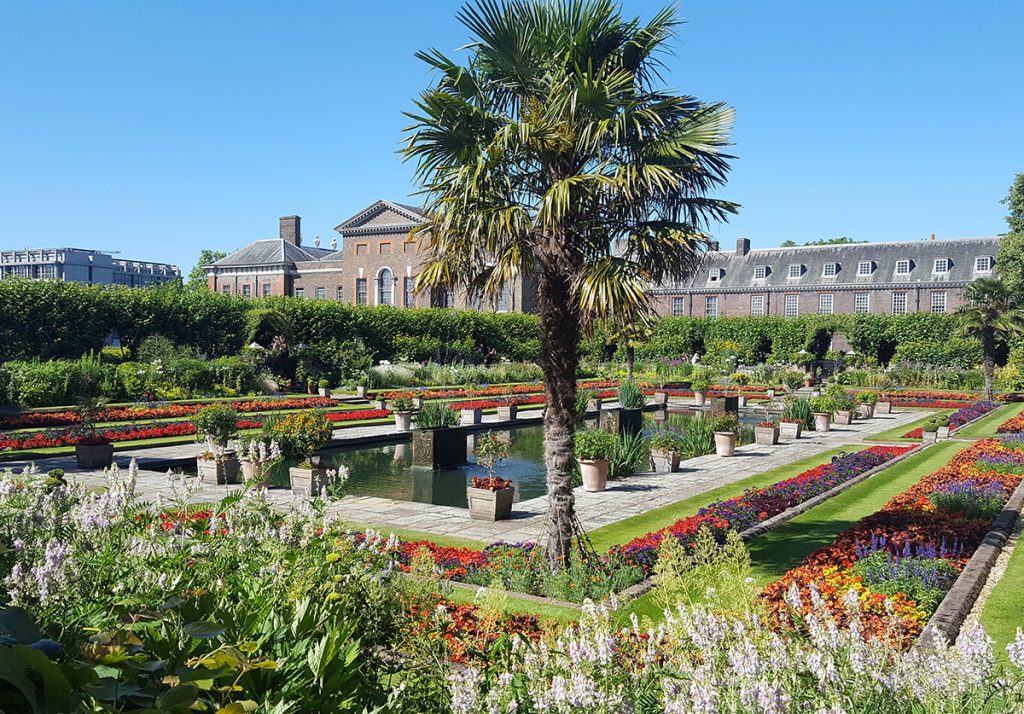 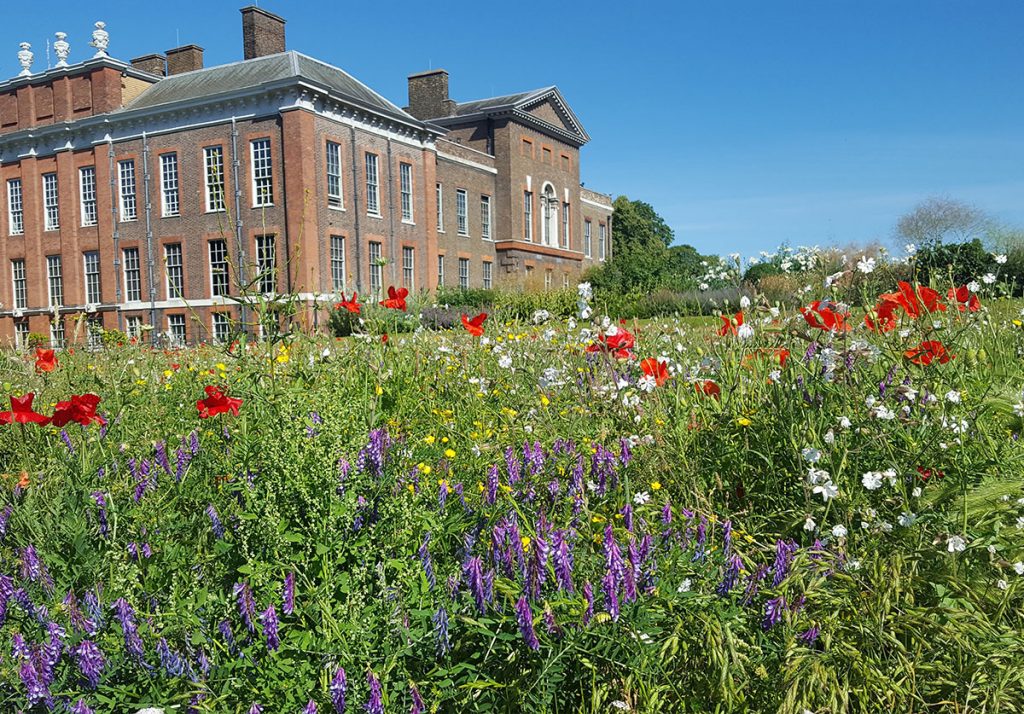 Our visitors and passers-by have been quick to pass on positive comments and so far, everyone has observed the boundaries and resisted picking the flowers. We don’t know how long the wildflowers will last as it’s our first big year for this display. The flowers should change as the summer months go on and last until end of September.

The brilliant thing about the wildflowers is that, although they give you a lot of names on the packet, you never know what you’re going to get! The poppies have fallen in love with Kensington Palace so far, but you’ll have to pay a visit over the summer to see what blooms next! 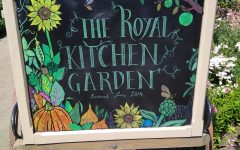