An exciting conservation project has been undertaken in Hillsborough. The courthouse clock – which stopped over 30 years ago – has been revived and is chiming once again. Our conservator David Orr was thrilled to discover the history of this important horological piece… 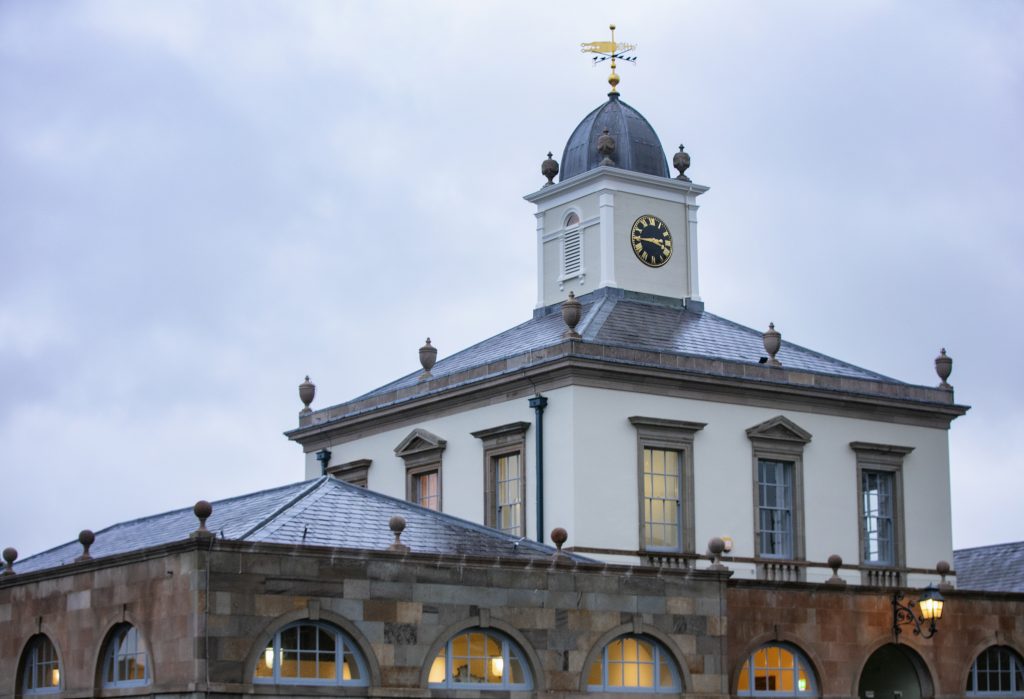 The management of the historic Court House within Hillsborough town was officially handed over to Historic Royal Palaces in the summer of 2018.  It is a Georgian building, built in the late 1700s, which is located directly opposite the castle; the clock tower above this beautiful building is a feature in the skyline of the town.

As part of the project to clean and revive the building, the Conservation and Collections Care department undertook the refurbishment of the clock mechanism, with a view that it would be returned to an operating condition for the community to once again use and enjoy.  It is believed the clock sat idle for over 30 years, having been stopped due to poor time-keeping. 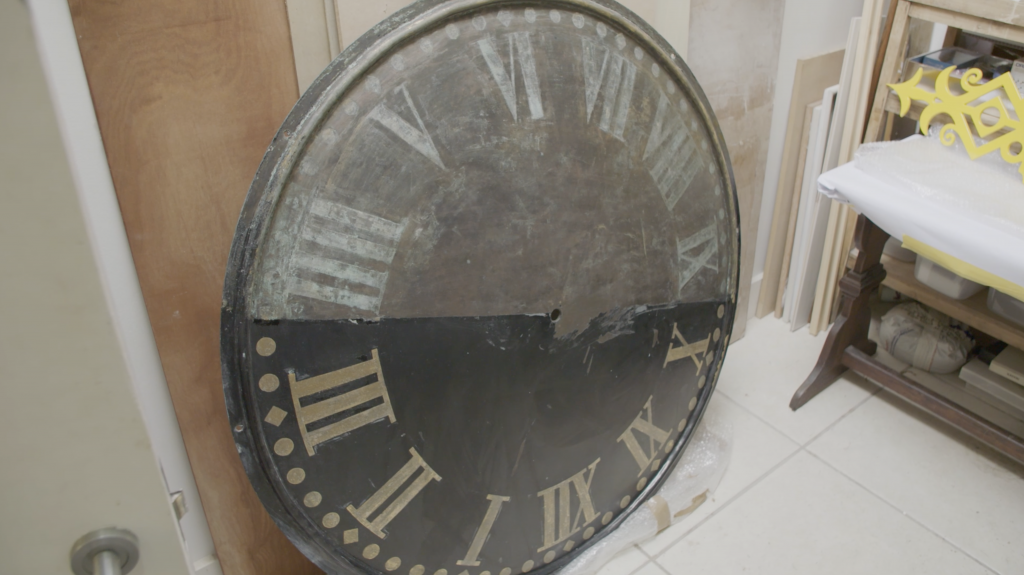 In August 2018, Keith Scobie-Youngs from the Cumbria Clock Company, who services the sixteenth century astronomical clock at Hampton Court Palace, carried out an assessment on the mechanism and dials to determine the condition and history of the timepiece.  He has described it as “very interesting and important example of turret clock horology”.

The clock and bell were made in 1810 by John Moxon, with the inscription Alternate Duplex Detached Escapement, invented by William Congreve. This has been deemed to be rare; there are not any other turret clocks known to have been fitted with this escapement. Congreve was a well-known inventor and took a great fascination in the development of weaponry and early rockets.  Unfortunately, this original mechanism was removed and replaced with a recoil escapement later, leaving only the bell as the earliest surviving piece. 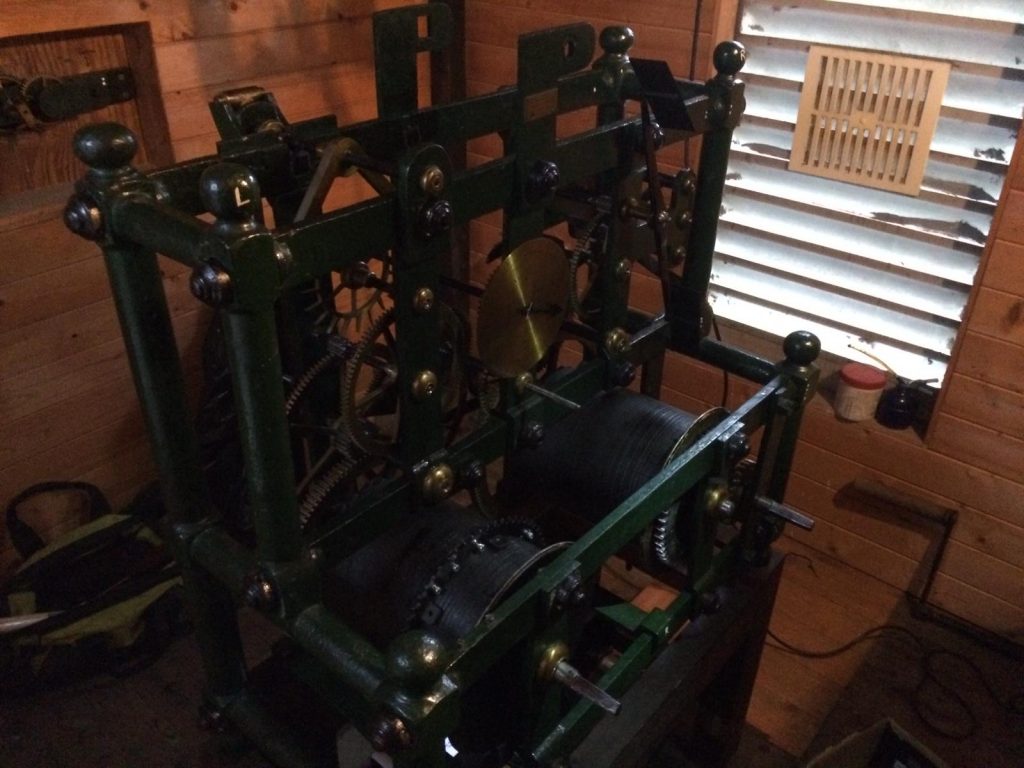 In early September, the Clock Company carefully recorded, inspected and removed each piece of the clock, packing each part and transporting it to their workshops in Cumbria. Once in the workshop each piece was carefully cleaned, checked for damage and if required, repairs were undertaken.  Once complete, the clock was assembled in the workshop and left “on test” for a number of weeks to ensure that it was operating correctly and keeping time. Finally, Keith was confident and happy with the work; it was dismantled, carefully packed and brought back to Hillsborough. 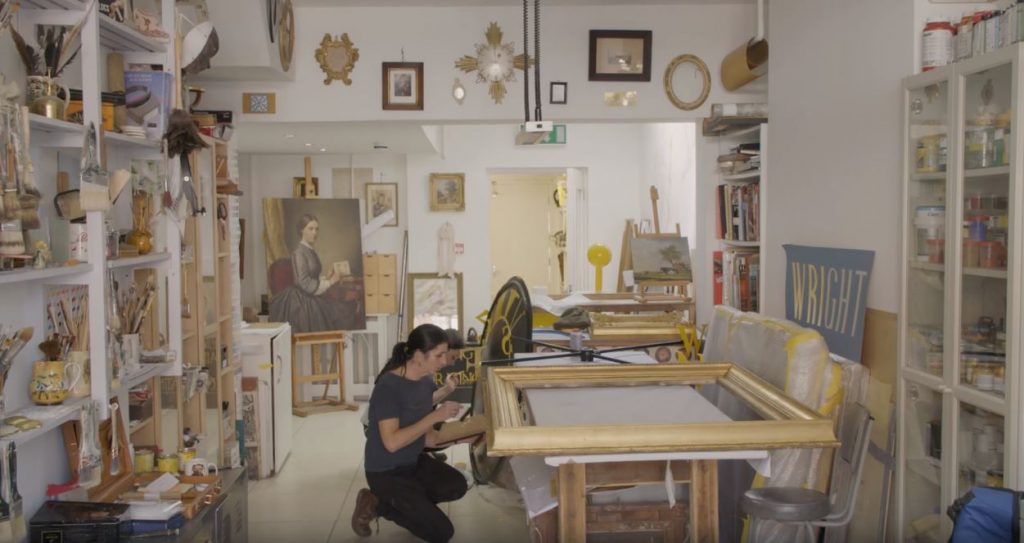 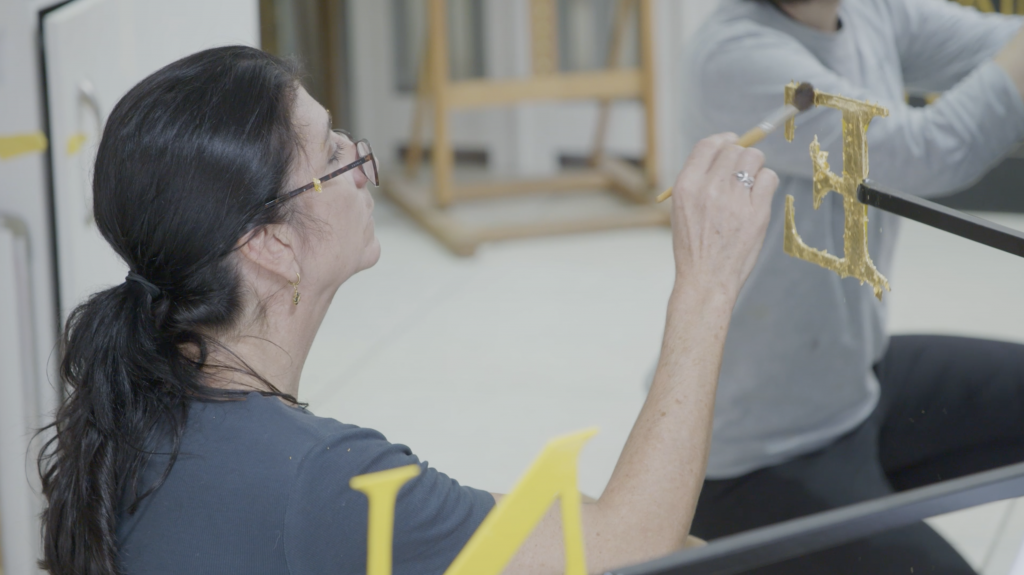 The clock dials and the weather-vane were removed and couriered to the Decowell conservation studio in Belfast for the faces to be analysed and re-gilded accordingly.  Research suggested the roman numerals on the clock were originally slightly smaller, and were surrounded with a gilt ring around the perimeter of the dial; subsequently this was the style chosen.

The overall re-assembly of the clock took four days; part of this time was including the addition of an automatic winding and night silencing device.  Originally the clock would have been wound once a week manually and the bronze bell struck every hour of the day. The night silencing device stops the bell being rung between 9pm and 9am, allowing the townspeople to have a restful night!