As we’ve discovered during our celebrations of the Glorious Georges here at Historic Royal Palaces, we have a lot to thank the Georgians for. A surprising addition to the list should be the modern bra.

For around 500 years, from the medieval to the late Georgian era, the female bosom was supported and enclosed by whalebone stays. Stays – later known as corsets, and referred to in the plural because they were originally made of two parts – were worn over a linen shift and under the outer garments. They shaped the waist and hips, flattened the breasts and pushed them upwards for the heaving bosom so beloved of costume dramas. They didn’t allow a huge amount of definition as the thin whalebone supports, pushed into long channels in the fabric of the stays, only really allowed for a rather conical shape torso. 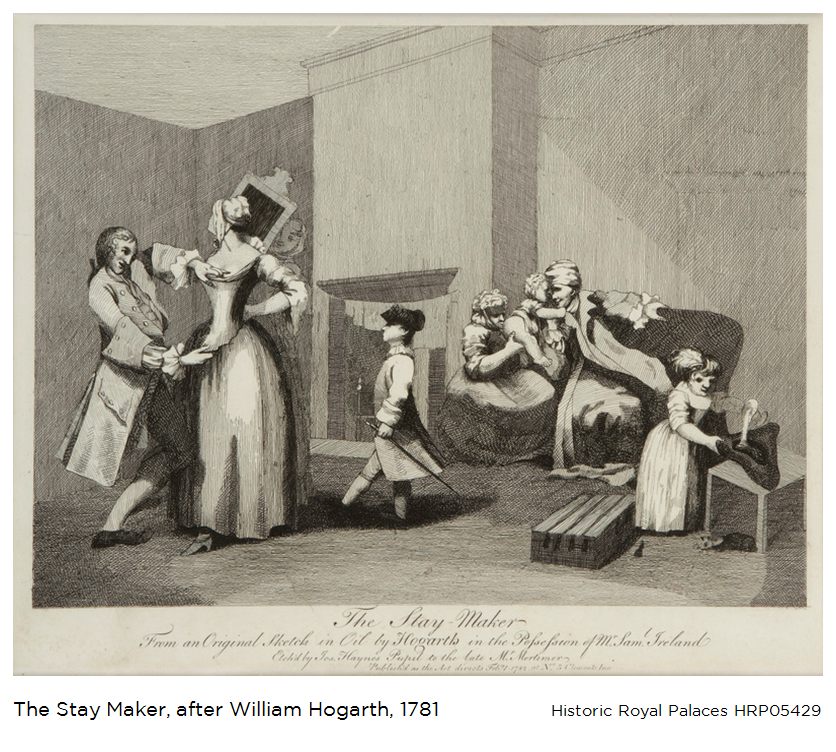 So when fashions changed toward the end of the 18th century, stay-makers and women were left with a dilemma. The new trend for Grecian-style dresses turned fashion on its head. Suddenly the empire-line waist and defined breasts were ‘in’. Staymakers were left playing catch-up, trying to adapt old-fashioned styles to the new silhouette, so women had to make up their own foundation garments. We know that women made little home-made linen or cotton bodices to lift and define their breasts for the new-style dresses. There was no elastic and no underwiring as yet, so these women cut and shaped the fabrics they had to hand, and used lacing to pull the fabric in for extra hold. 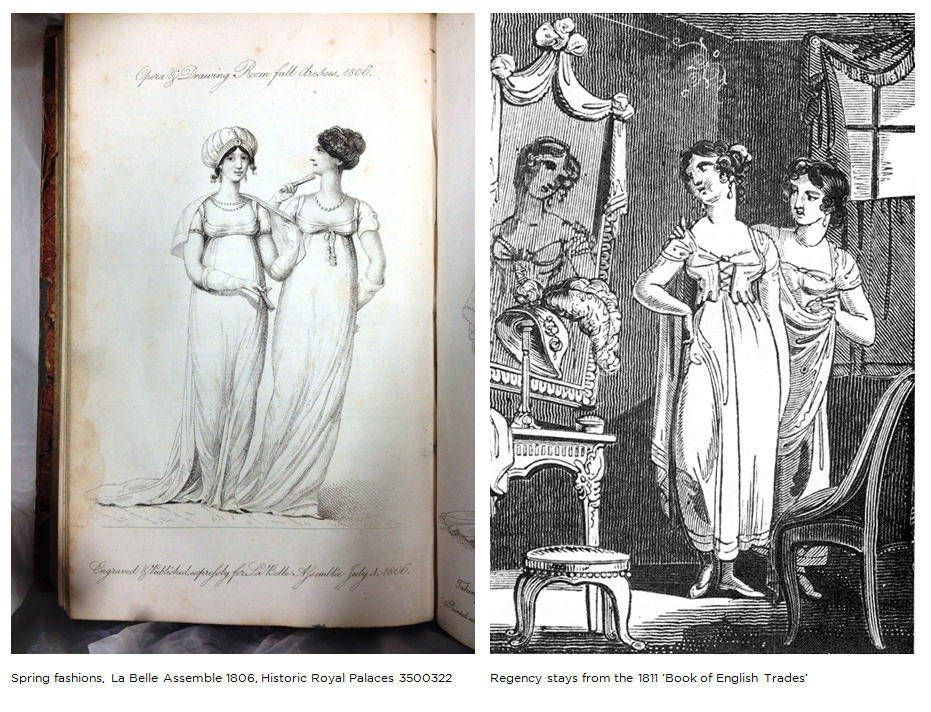 Within a few years, the staymakers had caught up and fashions had moved on again. It would be another hundred years before the bra would become a serious commercial mainstay, but for a brief time, at the turn of the 19th century, there was a little golden age of home-made undergarments that can claim to being the first British bras as we know them today.