Spare a thought for Henry VIII this Christmas as you tuck into your turkey. You might argue that Henry is not a king who deserves very much sympathy, but reading Edward Hall’s Chronicle recently – which is full of wonderfully vivid eyewitness accounts of life at the Tudor court – I was reminded of the Christmas of 1525 when Henry was forced to miss out on all the parties. Rightly or wrongly, I couldn’t help feeling a little sorry for him.

Hall’s Chronicle tells us that in the winter of 1525 the ‘great death’ descended on London. Outbreaks of plague were always taken seriously and Henry, who was particularly paranoid of the disease, dismissed the court and retreated to the safety of Eltham Palace with a small handful of his closest servants. To prevent spreading the plague he ordered that no one would be allowed to enter or leave the palace without express permission and that the usual Christmas festivities would be cancelled. Henry’s Christmas was to be a quiet, subdued affair. 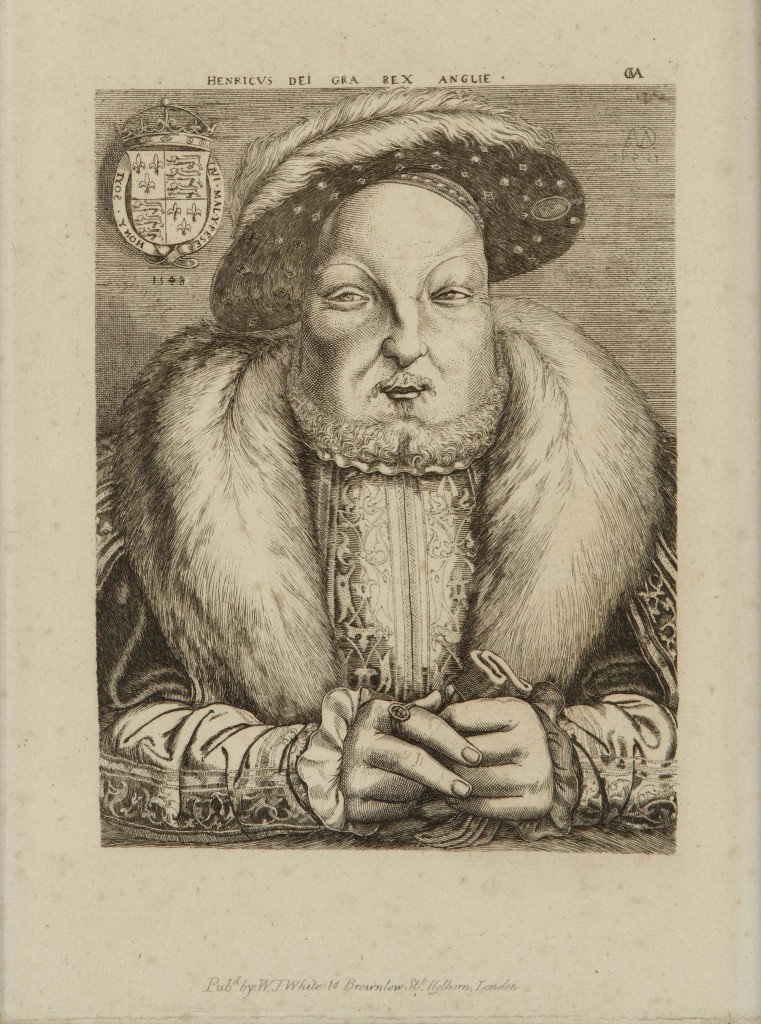 Cardinal Wolsey however had other ideas. As Hall puts it, ‘the Cardinal in this season , lay at the Manor of Richmond [upon Thames, another of Henry’s great palaces], and there kept [an] open household, to lords, ladies, and all others that would come, with plays and disguisings in [a] most royal manner’. In 1525 Wolsey was at the height of his success and many people feared that he wielded more power than the King himself. By flagrantly ignoring the measures put in place by Henry to protect the court from the plague, and by hosting lavish celebrations that rivalled previous royal Christmases, Wolsey once again demonstrated that he could do as he pleased.

According to Hall’s account the people – especially Henry’s servants – were ‘sore grieved’ to see Wolsey behave in this way. Though Hall does not recall Henry’s own response, we might imagine that, as he sat twiddling his thumbs in Eltham, he too was furious to be shown such disrespect by the Cardinal.

He probably also regretted missing out on all the fun, since Christmas celebrations at the Tudor court could be spectacular. The festivities lasted from Christmas Eve until the Feast of the Epiphany on 6th January and it was a chance for the court to let its hair down. Dice and card games, which were otherwise prohibited in the palaces, were permitted and the season was punctuated with masques, plays, dances, hunting and jousting – all the things that Henry loved most.

Hall’s description of the pageant in the Great Hall at Richmond Palace during a previous Christmas period gives some sense of the scale and spectacle of the celebrations:

‘Before the banquet … was a pageant [performed with a set that looked] like a mountain glittering by night, as though it had been [made] all of gold and set with stones, on the top of the which mountain was a tree of gold, the branches and boughs [of which were trimmed] with gold, spreading over the mountain with roses and pomegranates [the badges of Henry VIII and Katherine of Aragon] …  and out of the mountain came a lady [wearing] cloth of gold, and children of honour called the Henchmen, who were freshly disguised, and [they] danced a Morris before the King. And that done [they] re-entered the mountain and then it was drawn back, and then was the wassail or banquet brought in’.

Henry’s lonely Christmas at Eltham must have felt pretty dull by comparison!

2 thoughts on “The Cardinal who stole Christmas”