The 3rd of August marks the 300th anniversary of the death of Grinling Gibbons, the greatest woodcarver in British history. Buildings Curator Lee Prosser introduces us to some of his lesser known but incredibly important works in the Orangery at Kensington Palace.

This August marks the 300th anniversary of the death of a man whose name is a byword for excellence and accomplishment in wood-carving: Grinling Gibbons. Of all the master carvers of the 17th century, his name is perhaps most well-known today. His work can be seen in many public buildings and churches around the country and continues to be admired to the present day. At Historic Royal Palaces, we are lucky to possess many examples of his work in wood and stone.

At Hampton Court Palace, Gibbons’s carvings festoon the walls throughout the King’s Apartments, defining the spaces and providing frames for paintings, around doors and at high level along the cornices. They are more than architectural, being an integral part of the interior design and complementing the paintings, furniture and other treasures which fill the rooms. At Kensington, too, important examples survive in the King’s Presence Chamber and Queen’s Gallery, where carvings over the fireplaces were once gilded and framed mirrors as a backdrop for Queen Mary II’s famed collection of Chinese and Japanese porcelain. One special collection can be seen in Queen Anne’s Orangery, and are important because they are perhaps his last royal commission in wood, before he switched after 1700 to carving entirely in stone.

Beautiful, lofty and airy, Queen Anne’s Orangery at Kensington is currently hosting our exhibition Royal Style in the Making. Anne (1702-1714) built very little at any of her palaces but she was interested in gardening, and as part of her enlargement of the gardens, she commissioned the Orangery. Designs were drawn up by Nicholas Hawksmoor, then an assistant and protégé to the elderly Sir Christopher Wren. But Hawksmoor was to be cheated out of the design, because Sir John Vanburgh, another great name in 17th-century architecture had the ear of the queen, and persuaded her to set his aside and accept a far more elaborate and expensive design.

The building which we see today is probably a collaboration between Vanburgh and Hawksmoor. Vanbrugh came up against problems from the very start, exposing a tale of corruption in the Office of Works. The man in charge of building operations was Benjamin Jackson, the royal master-mason, but Vanbrugh had a very low opinion of him, calling him ‘so villainous a fellow and so scandalous in every part of his character’ that he thought him untrustworthy and not fit for the job. When Vanbrugh hired a certain Mr Hill as a contractor instead, Jackson sent round a couple of thugs to frighten him off and Hill duly disappeared. Another man called Fairfax did the work but it is doubtful he ever existed, as we suspect Jackson was submitting bills under a false name while doing the work himself, against all the rules. Nonetheless the building, finished by the master brick-mason Richard Stacy, still stands as one of the most beautiful structures of the English Baroque.

In its time, the Orangery was referred to as ‘the greenhouse’, but it was far more than a place to put plants. It formed an important extension to the State Apartments, hosting supper parties and entertainments, and at times even ceremonies of state.  The interior therefore had to be of the highest quality, and we can still see this today in fine panelling, classical columns with delicately carved capitals and an enriched cornice at the top. The whole thing is set off by two large swags of carved lime and pinewood which adorn the great arches over the circular apses at either end.  These were long suspected as being the work of Gibbons, though some had doubts because they seem not as refined as his other carvings.  Recently however, the original payment from 1706 of sixteen pounds, fifteen shillings and twopence was identified in the National Archives, so there can be no doubt.

Restoration of the building from 2019-2021 meant that the carvings could be removed, cleaned and conserved, giving us an opportunity to study them closely and conduct scientific analysis in order to understand their history and development better.

They had been harshly cleaned and partly stripped in the 1890s, followed by a build-up of grime, and even bird droppings, as during much of the 20th century the Orangery was used as a rain shelter and the carvings proved to be a handy spot for nesting pigeons. Some repairs had been carried out in the early 1990s, but old photographs from the early 1900s showed that some of the new additions were slightly mismatched and inaccurate.

An Artist in Transition?

Each carved collection consists of a central winged cherub’s head, a common theme on Gibbons’s carvings, with flanking clusters of naturalistic plants and flowers, tied together with ribbons. These are framed on either side with highly elaborate scrolled architectural pieces known as console brackets.

Gibbons normally carved in limewood, a soft timber which is easy to work with a sharp chisel. His great skill was undercutting, giving his carvings a deep and three-dimensional effect which was rarely equalled. Unusually, the consoles here are carved in pine. Though Gibbons carved in oak and even one on occasion Bermudan juniper, it is unusual to find two different types of wood together. The answer may lie in the forensic analysis which we commissioned. This showed that the whole piece had been painted from the outset, with no tell-tale layers of grime which might indicate a change some years after they were installed. Oil paint was used, which included smalt, a cobalt pigment which gave the paint a slight blue tinge, very similar to stone. Substantial traces of this original paint survive. Perhaps they were meant to appear like stone, which explains why they have a slightly rougher treatment than the more refined and delicate carvings found within the palace. The Orangery was finished in 1705 and the carvings made the following year. This was an important moment in Gibbons’s career, as he moved away from wood carving and began to work almost exclusively in stone, carving tomb memorials, fireplaces and other hard architectural features. The carvings in the Orangery are therefore doubly interesting as they appear to represent a transition – from wood into stone.

After much work and effort and even after a short gap due to the pandemic, the carvings were finally reinstated by conservation experts in their correct position this spring as the finishing touches to a two-year conservation project. The 300th anniversary of Gibbons’s death is a time for reflection as we realise how little we actually know about some of our greatest treasures, but it gives us renewed resolve to study them in more depth and appreciate his true genius. 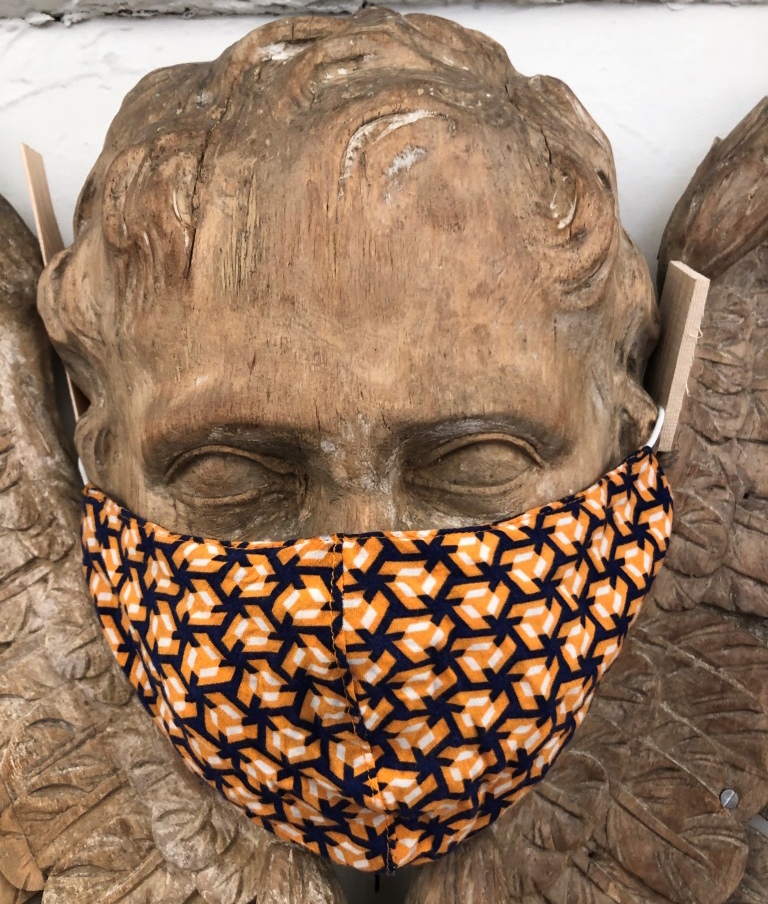