On 24th May 1819 at Kensington Palace, Queen Victoria was born. On 24th May 2019, her 200th birthday, the home of her youth will be re-opened to visitors after a major makeover in the form of a new exhibition called ‘Victoria: A Royal Childhood.’

As part of the work to recreate the rooms where Victoria grew up, Historic Royal Palaces curators have carried out extensive research into the decorative schemes she would have known as a little girl.

Curator Lee Prosser explains that while it hasn’t been possible to reproduce the rooms exactly, the new exhibition project aimed ‘to return the rooms to something like they appeared in Victoria’s childhood, and to let visitors experience them as she may have experienced them. One of the things that’s come out is that she grew up in a world of colour.’

Victoria’s childhood is often depicted as a dark, gloomy time, and she later claimed that money was short and that she lacked comforts. Her father died early in 1820, when she was still a baby, leaving behind him enormous debts. ‘I never had a sofa, nor an easy chair,’ she claimed, and ‘there was not a single carpet that was not threadbare.’ But Lee’s research reveals that before passing away her father had in fact commissioned a rich and beautiful interior for himself, his wife, and in due course, for their baby girl. It turns out that the Duke of Kent had a great weakness for luxurious and up-to-date interior design.

Essential to Lee’s analysis was his examination of the Lord Chamberlain’s bills – documents kept in The National Archives – which record payments for supplying carpet, furniture and wallpaper for the Duke of Kent between 1802-1819.

He went through around 5,000 pages of detailed expenditure records, not all of them relating to Kensington Palace. ‘I had to sift out the relevant entries,’ Lee explains, ‘I had to trawl through it all for those ‘aha!’ moments when I found what I wanted.’

Once he knew what the original colours and finishes had been, he was part of the team that commissioned their modern equivalents, capturing the spirit, if not the exact detail, of the original. The interiors evoke the Regency period into which Victoria was born, and the new display cases and furniture are made in a very elegant early nineteenth century classical style. The colours were so bright and – to modern eyes – discordant, that Lee had moments of self-doubt. ‘The painters would say, ‘are you sure?’’ Lee says. ‘Some of the colours looked so odd. But it’s a good test to be asked, and I was able to convince them that it’s right.’ 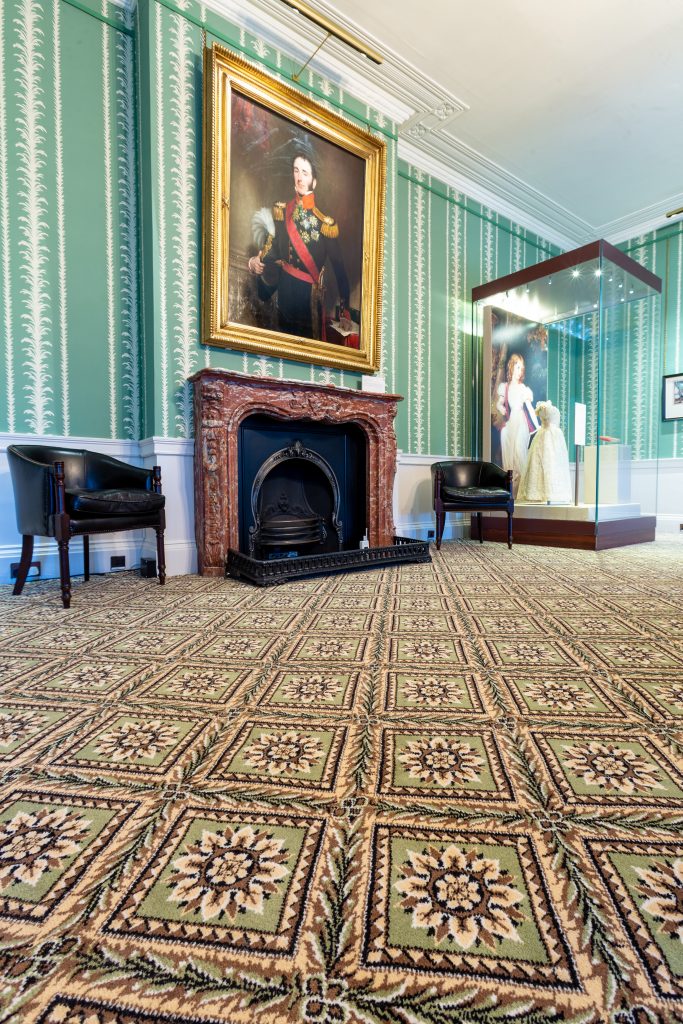 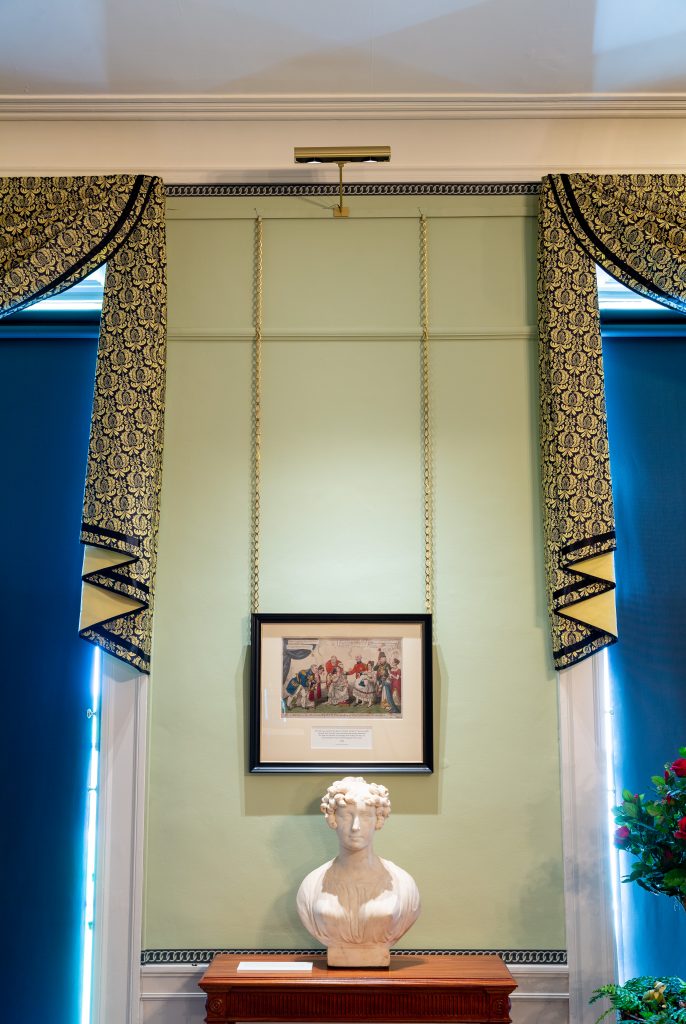 The Lord Chamberlain’s accounts include a record of the purchase of one particularly intriguing piece of furniture: Victoria’s father owned something called an ‘indulging sofa.’ ‘It’s probably not as kinky as it sounds,’ says Lee. ‘From what we can tell, it had a scrolled end, what we’d probably understand today as a chaise longue, something for relaxing and lounging.’ 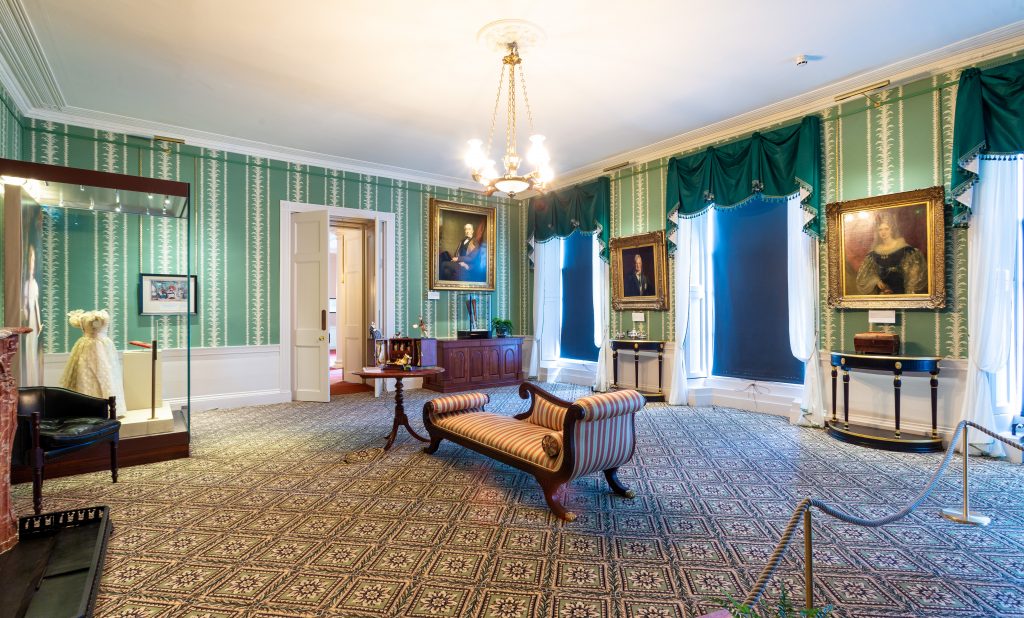 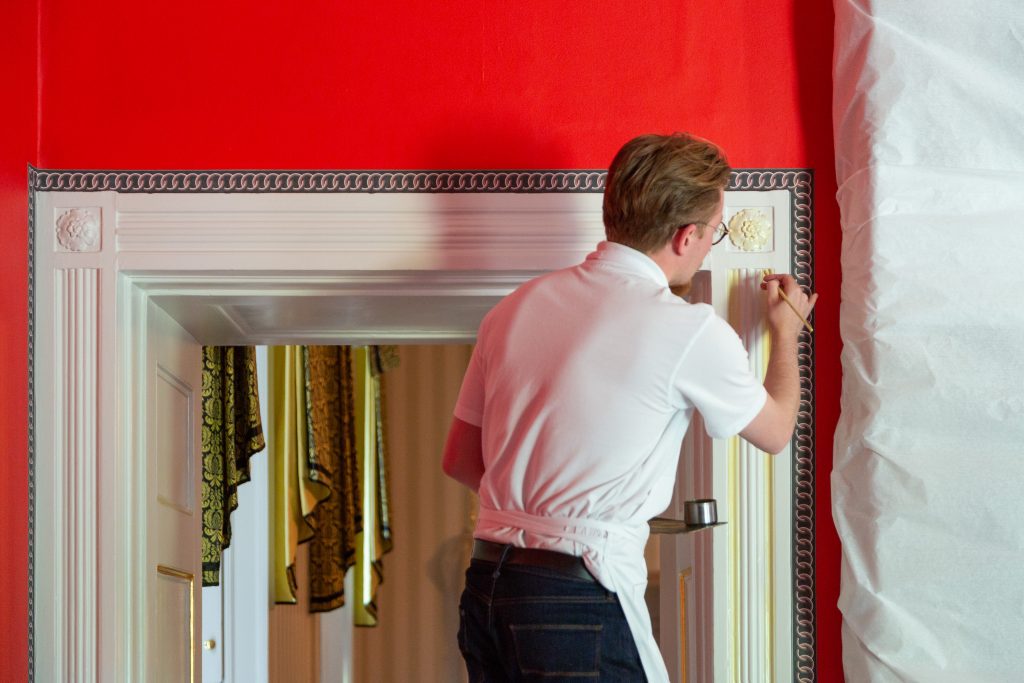 Historians have had the Duke of Kent down as a military martinet, but he had an unexpected flair for fashion and colour when it came to decorating his own palace. And while Victoria complained that her childhood home was bleak and threadbare, it was in fact comfortable and colourful.

Come and see for yourself from 24 May!