September’s Object of the Month is the spectacular Lord of the Isles Tartan Suit. This suit exemplifies the cutting-edge, fashion forward, extravagant Duke of Windsor, and is one of two suits within the Royal Ceremonial Dress Collection of tartan – the other being the Rothsay Tartan. Worn as early as the 1960s and throughout the rest of his life, this suit brilliantly illustrates the Duke’s very particular demands from his clothes. The Duke would have worn this suit often at the Windsor’s weekend residence ‘The Mill’ in France. In his autobiography  ‘A Family Album’, the Duke writes that he often wore tartans while at the Mill and references the Lord of the Isles tartan among those he wore there. 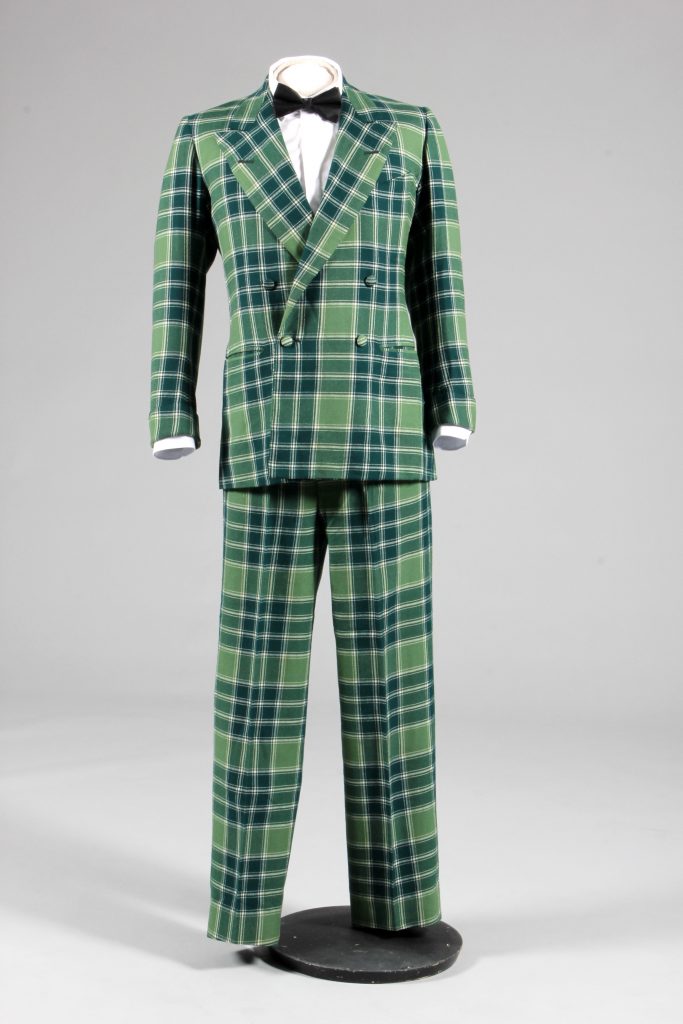 All the elements of the suit are made by different tailors indicating the standards and lengths that the Duke would got to in his dress. His favoured London tailor Scholte makes the jacket. His waistcoats are Hawes & Curtis and his trousers were always tailor-made in New York.

“I never had a pair of trousers made by Scholte,” the Duke explained. “I disliked the cut of them; they were made, as English trousers usually are, to be worn with braces high above the waist. So preferring as I did to wear a belt rather than braces with trousers, in the American style, I invariably had them made by another tailor.” (The Duke of Windsor, 1960. As quoted in his autobiography by ‘A Family Album’, The Duke of Windsor (1960), London: Cassell & Co. These trousers are an example of what Wallis Simpson famously called the Duke’s ‘pants across the sea’.