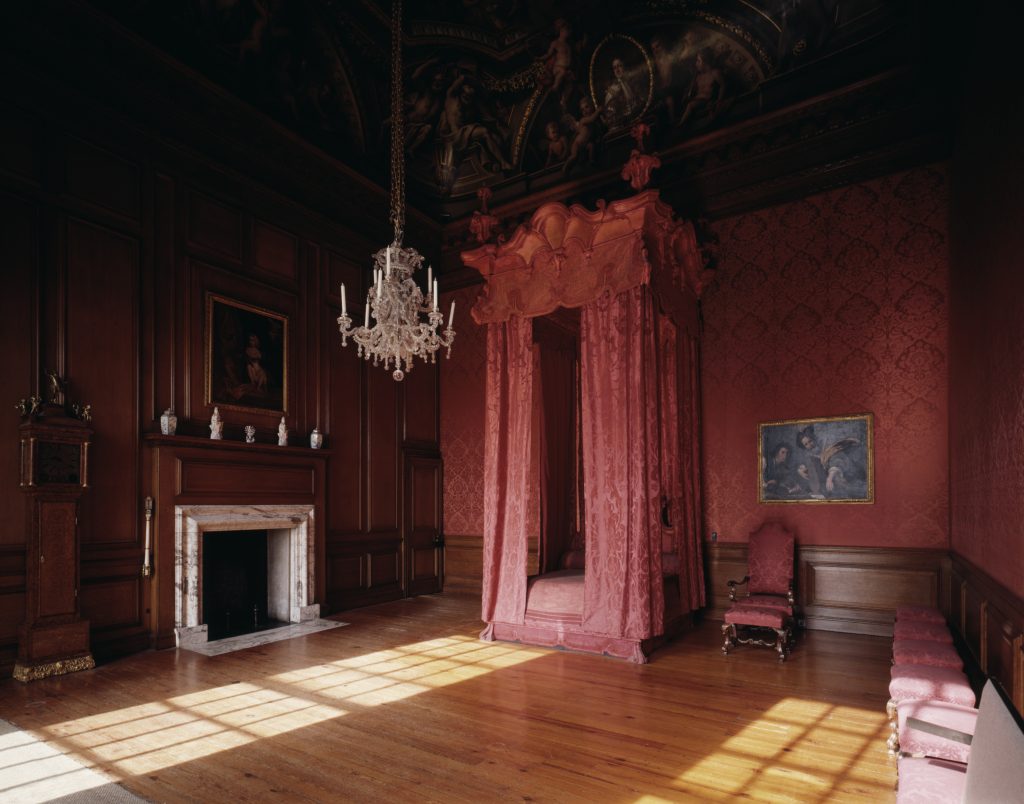 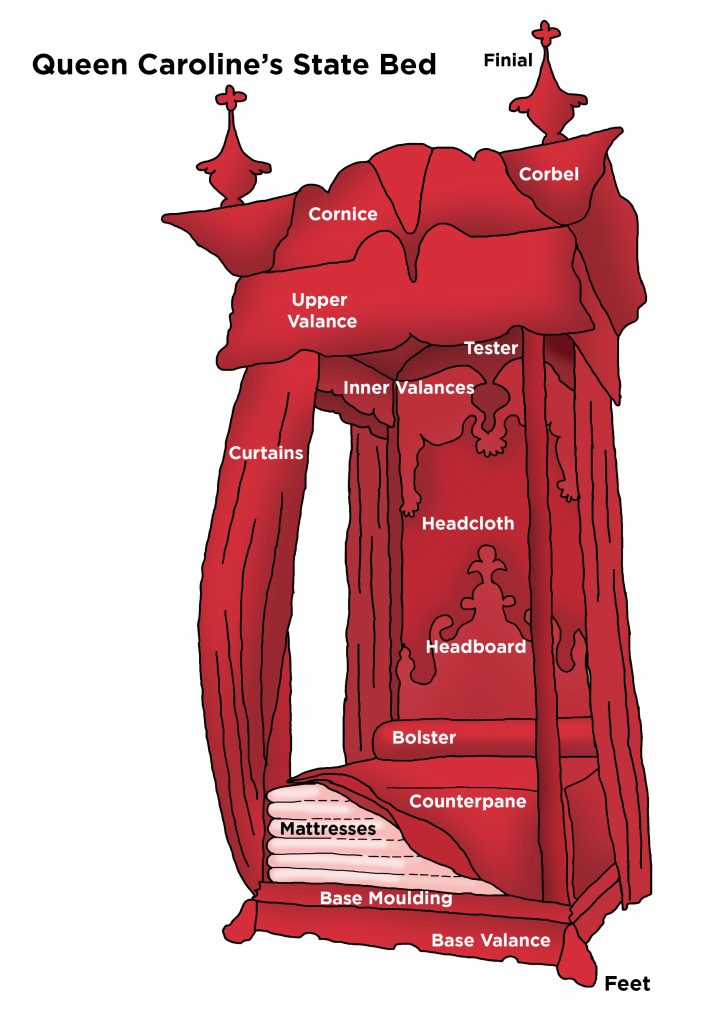 Queen Caroline’s bed has three upper inner valances. These decorative drapes are attached to the inside the wooden bed frame, to hide the bed frame and give a decorative border to the tester or canopy. They are made from silk damask decorated with silk braid and lined with plain silk.  Linings are not usually the most exciting or important part of a textile, but these ones turned out to be far more interesting than we thought.

Unexpected discovery when the surface was cleaned

The valance linings were very dusty. Surface cleaning with a specialist vacuum cleaner and a soft brush was the first cleaning treatment we did. We do this to remove the dust particles that are often acidic and will damage the textile fibres over time.

Once the dust was removed, we could clearly see a large L written in cursive script on one valance and an R on another. 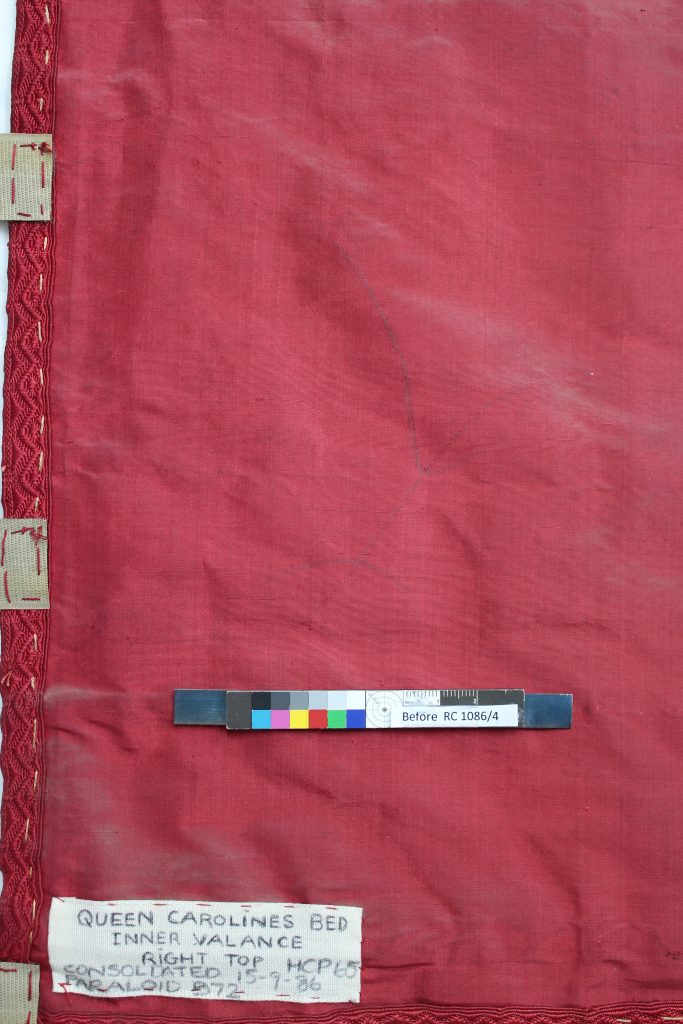 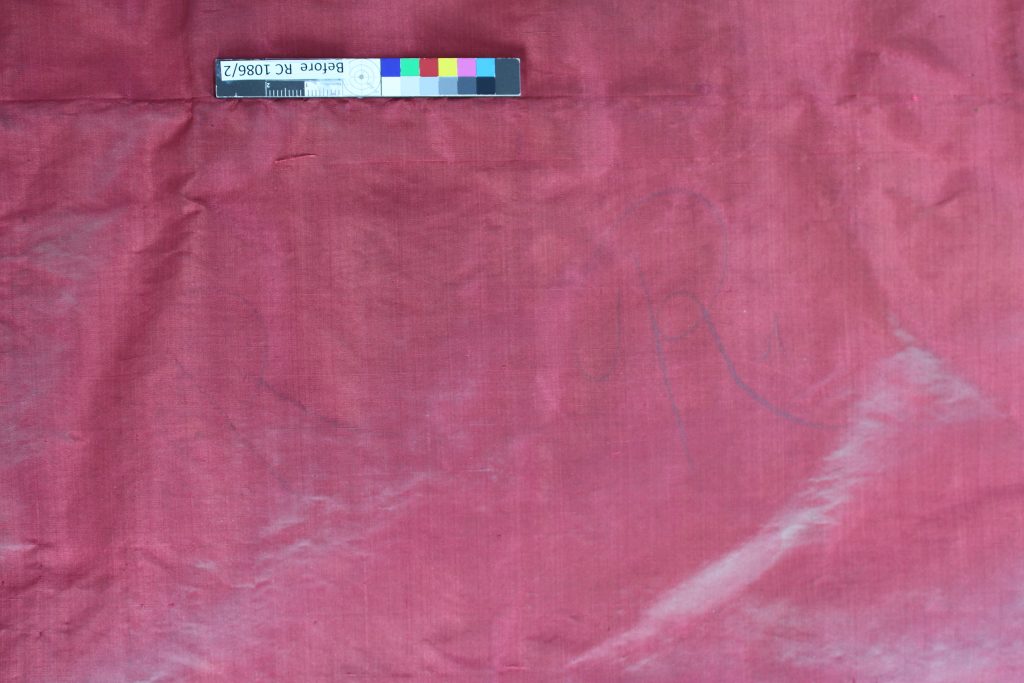 As conservators our aim is to preserve the whole history of the piece we are working on and these large letters are now part of its fascinating life.  There were no historic records held at Hampton Court relating to these markings but it’s likely to have been done so they could be put back in the right place. In fact it does show that at a later date the valances had been swapped and relabelled. A fabric label had been stitched on making the right valance the left and vice-versa.

We looked at the letters under magnification to try to identify what had been used to write the letters. This unfortunately was not possible and taking a sample would damage the lining so that was not an option.

The linings were acidic and very dirty and would really benefit from wet cleaning. This removes the ingrained soiling, re-hydrates the fibres, rebalances the PH level and improves the overall appearance. We had no way of knowing if wet cleaning would remove the markings and if ink had been used would it run?

Due to the benefits of wet cleaning we decided to go ahead with the treatment but to try a different method to accommodate the markings and the fragility of the linings.

Our approach was to use detergent whisked into a stable shaving foam consistency as opposed to submerging the fabrics in water, a method we would usually use.  This foam has the capacity to separate and hold particles within the foam structure. The linings were placed on a fly net screen and the foam was placed on top. Using foam as opposed to a more traditional wash bath method greatly reduces handling. 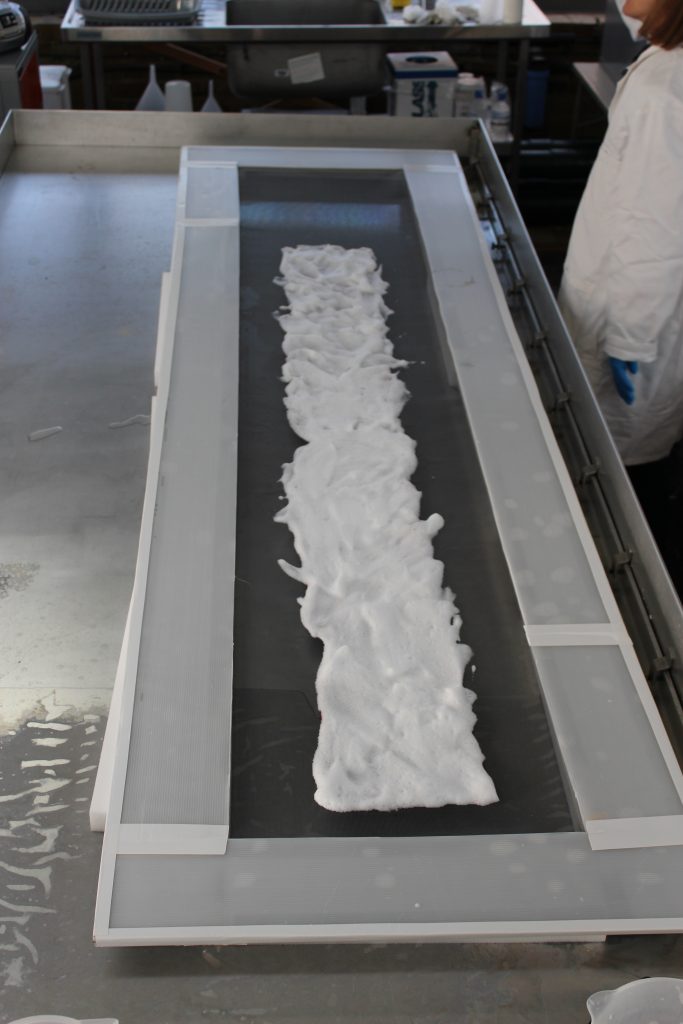 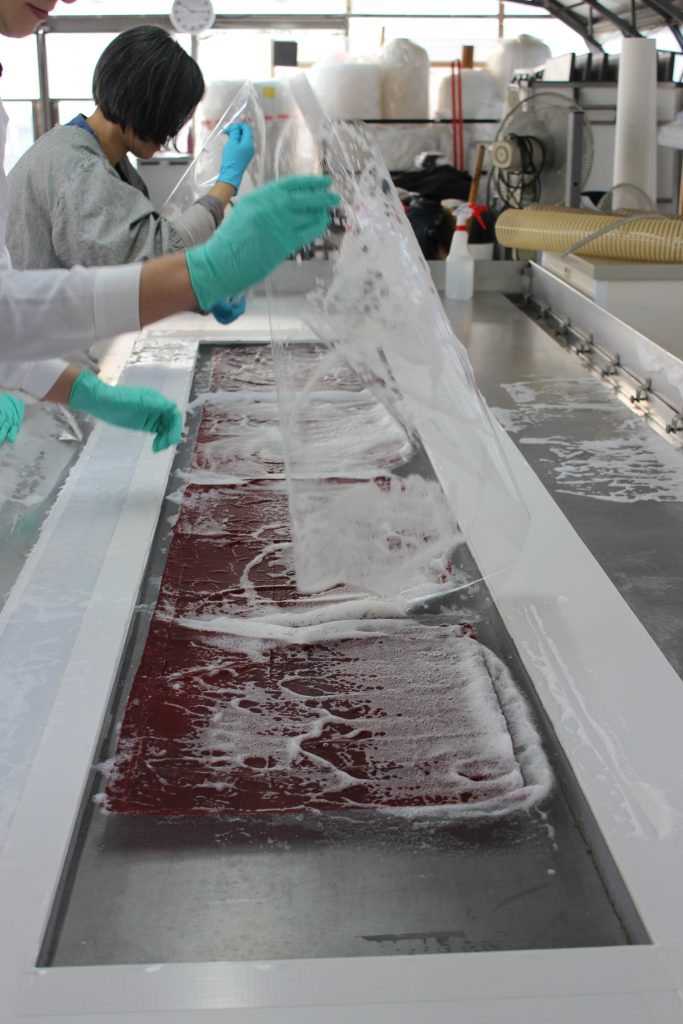 Protecting the letters during the cleaning treatment

But how were we going to preserve the markings during the washing? We used a temporary barrier layer called Cyclododecane. CDC is a waxy white solid volatile binding medium. It can dissolve without leaving residues. This is particularly exciting for conservators because it temporarily binds localised areas and is fully reversible. It was applied to the letters in a molten state with a batik tool. 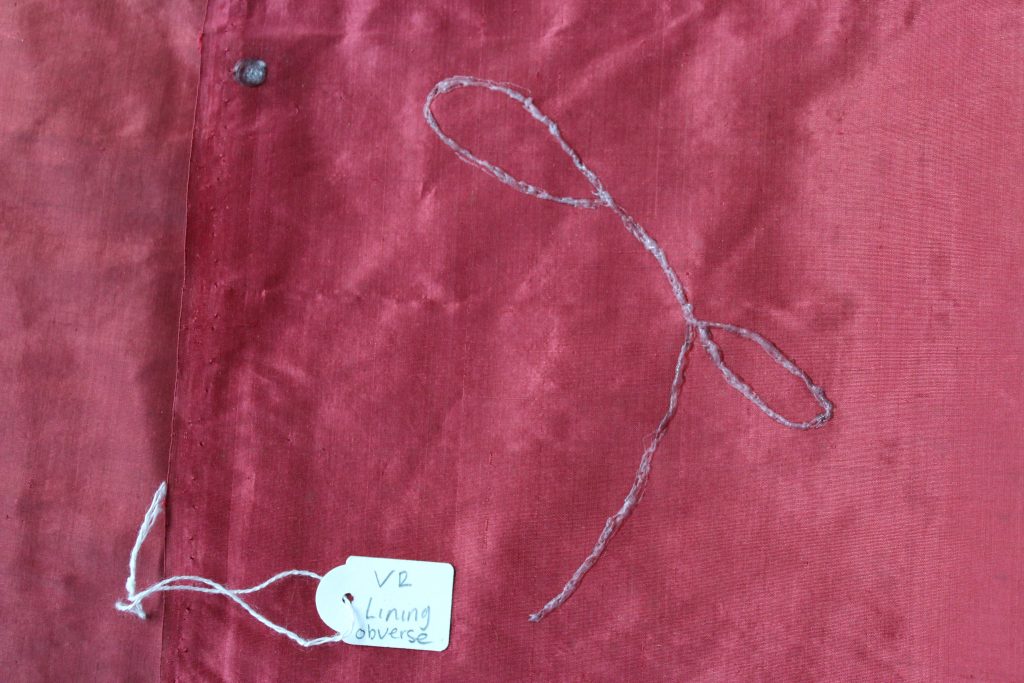 Once the linings were fully dry, microscopy showed that they were visually cleaner, and the pH had risen to an acceptable level. It showed that a combination of the CDC barrier layer protecting the letters and the foam cleaning had cleaned the linings and preserved the letters. This is all now recorded in the documentation.

In our next blog we can reveal the hidden secrets of the bed’s six mattresses.

One thought on “Conservation of Queen Caroline’s State bed: a discovery on the lining”