Preventative Conservator Laurie Gibbs looks after the Works of Art on Paper collections for Historic Royal Palaces. This vast collection of over 1,500 prints and paper ‘works of art’ cover drawings, watercolours, prints, engravings, etchings, documents – as well as political cartoons.

Every six months, we frame and hang political cartoons for a new display at Kew Palace. Occasionally, I enlist my friend Ola to assist with mounting them (and putting them up too, as she’s tall enough!) 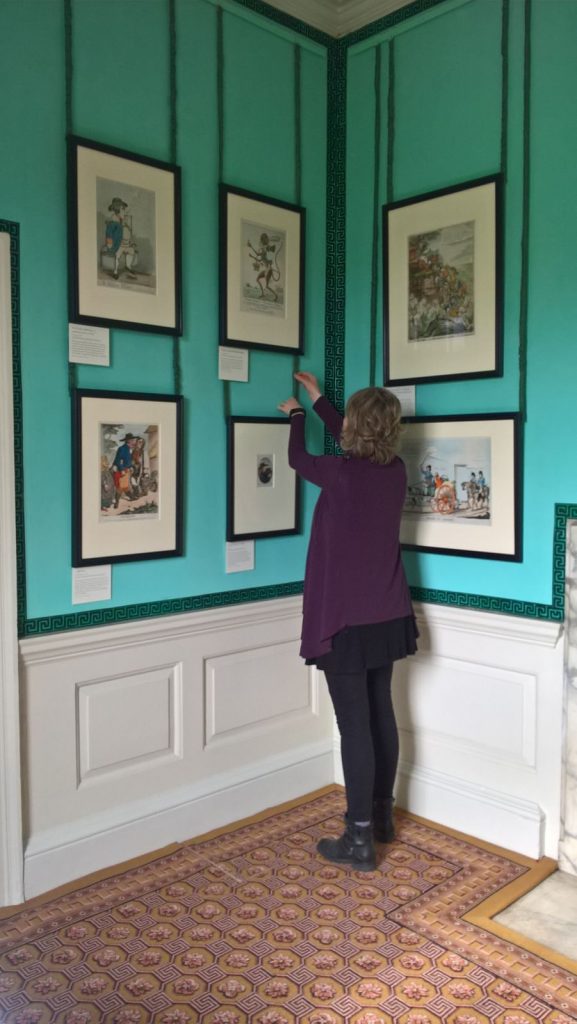 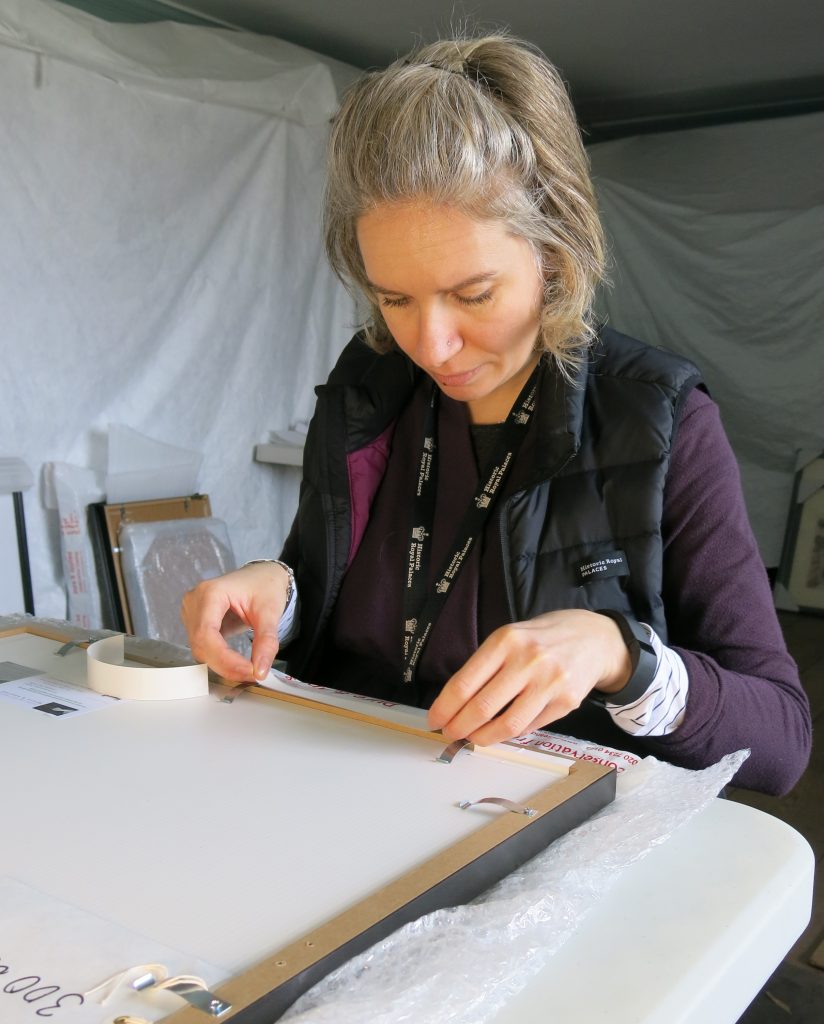 We have a fantastic collection of political cartoons at Historic Royal Palaces. Many were bought from Kenneth Baker the politician who is a great collector. All the cartoons in our collection cover the life of George III, 1760 to 1820, so it makes sense to display them at Kew Palace, which was his home.

In the early 18th century there was in Britain an amazing freedom of the press. More newspapers were being printed than ever before. Cartoons and caricatures could be cheaply produced and easily distributed, and this led to a golden age of political satire. We have in our collection works by some of the most respected satirists of the day, such as James Gillray, Richard Newton and William Hogarth. A picture being worth a thousand words, some of the cartoons in our collections can be truly harsh and funny at the same time. Here are a few! 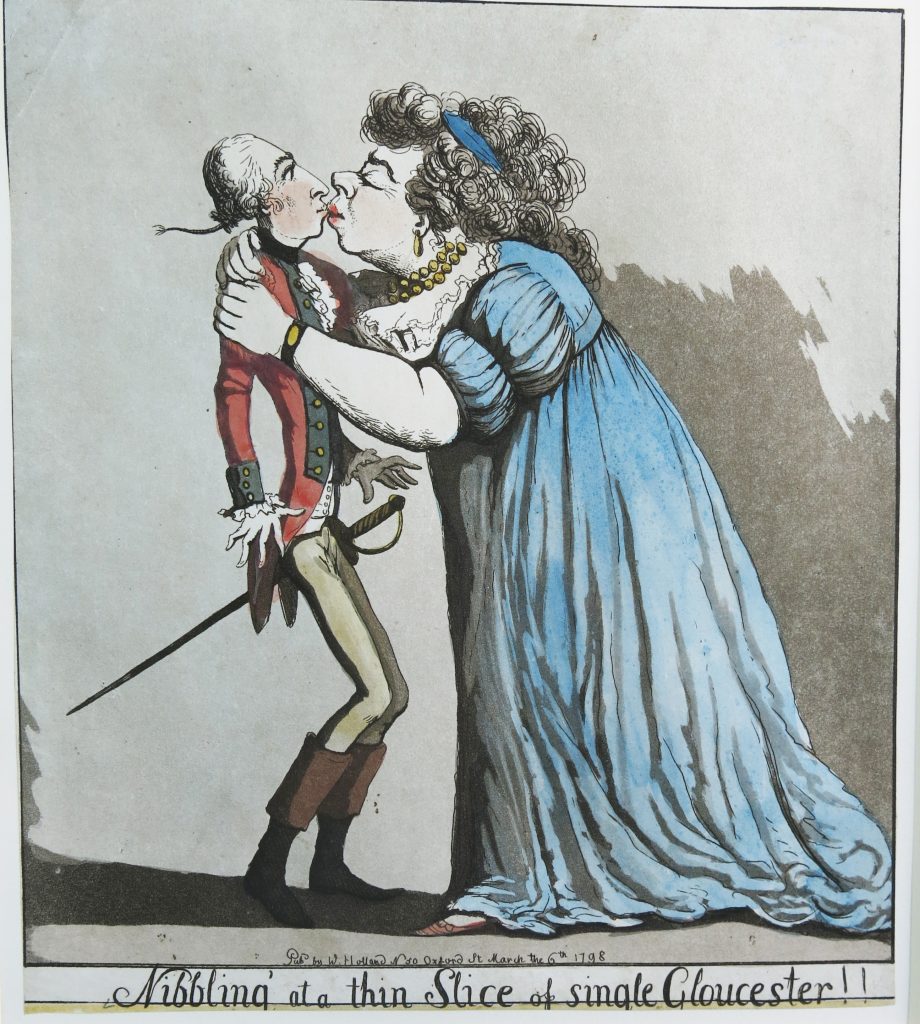 The cartoon above is called “nibbling a thin slice of single Gloucester”, dating from March 1798. It refers to the Duke of Gloucester, brother to King George III, who was a “sickly, knock-kneed nonentity”. The daughters of the king gave Gloucester the nickname of ‘slice’ as he was so thin. This cartoon came after the revelation that he was having an affair with Lady Almeria Carpenter, his wife’s lady in waiting, known for her looks, but not for her brains. The Duke had been estranged from his brother the King since his secret marriage to Maria, Dowager Countess Waldegrave in 1766. 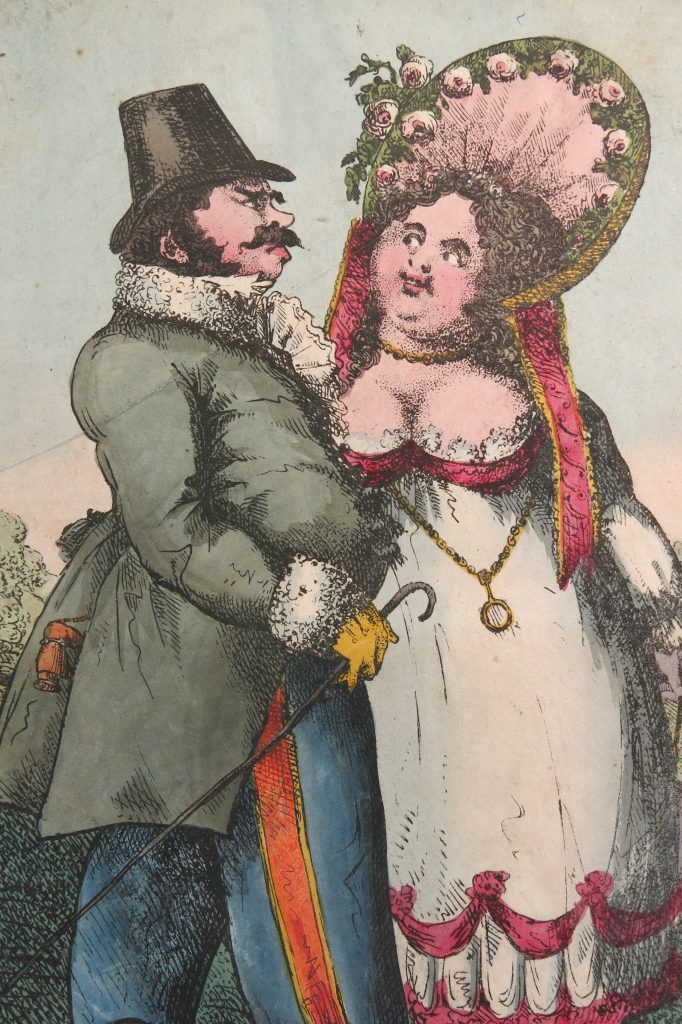 This cartoon is called “a couple of humbugs” from May 1818, and refers to the late marriage of Princess Elizabeth, daughter of George III, who married at the age of 48 to Prince Frederick of Hesse-Homberg. The press didn’t like him; he was fat, stank of pipe tobacco and his nickname was humbug. 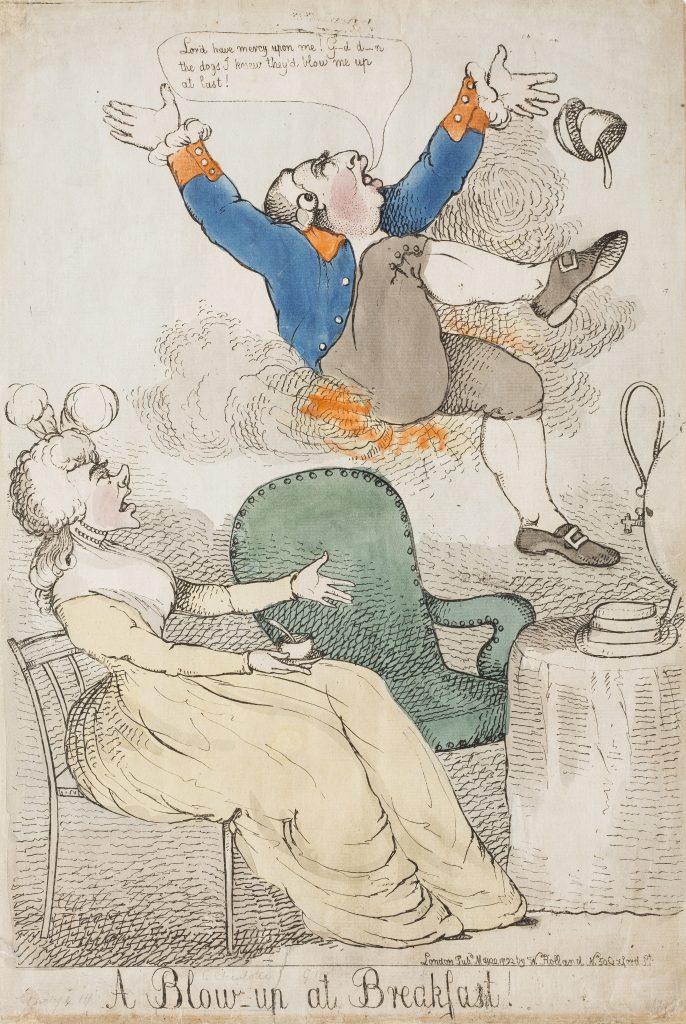 Last is a cartoon called “a blow up at breakfast”. On the 9th May 1792, the lobby of the House of Commons was filled with smoke; there was fear of a conspiracy to blow up the house. (You have to remember that this was 1792, a few years after the period when over the water the French were busy putting an end to their monarchy!) The cause of the fire was a pair of smouldering breeches which had been thrust into a cupboard. Richard Newton, the cartoonist, mocks the event by suggesting that it was the King’s breeches that were a target!

Most of the political cartoons in my care are actually quite difficult to understand as they refer to a very specific period of history; it would be like watching “Have I got news for you” in 300 years and wondering what they are talking about!

See the prints on display in Princess Elizabeth’s antechamber at Kew Palace.